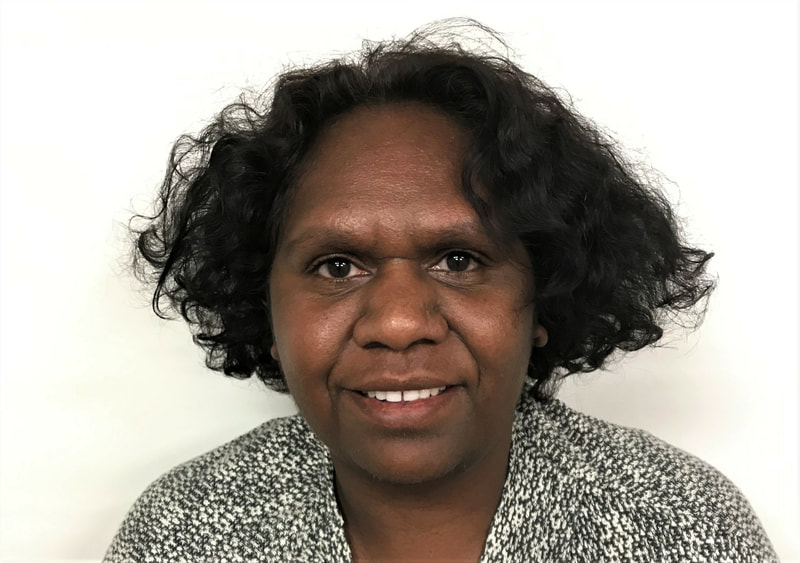 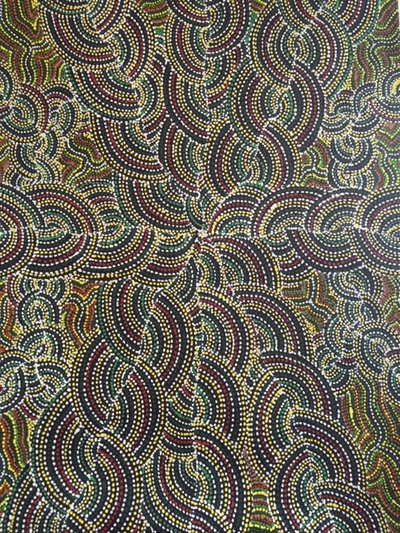 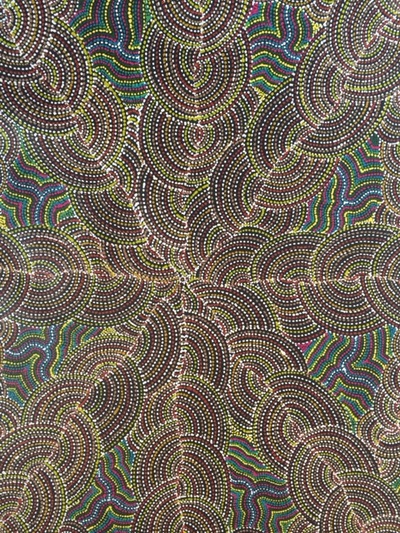 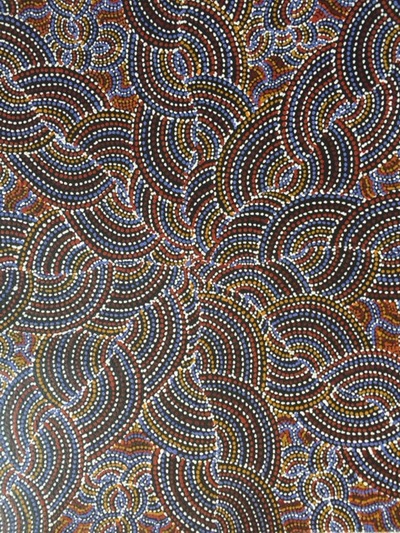 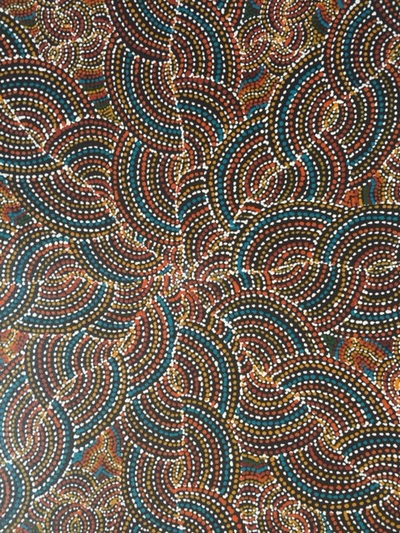 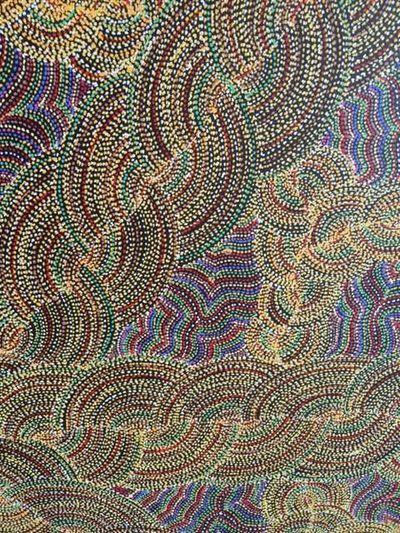 Genevieve Loy Kemarre was born c1982 and is from Utopia in Central Australia. Her language group is Alyawarre.

She is the daughter of Cowboy Loy Pwerle a talented and well known Utopian artist, and Carol Kunoth Kngwarreye, She is the granddaughter of  the late, Nancy Kunoth Petyarre, who was one of the famed and widely recognised Petyarre sisters from Utopia. She is also related to the highly regarded artist, Abie Loy Kemarre.

Genevieve's works depict the tracks of the Bush Turkey as it searches for seeds and other bush tucker whilst making its way to the waterhole.  Her works are very beautifully detailed using both bright and earthy tones.

Genevieve's works have been displayed in exhibitions and collections around Australia and overseas.