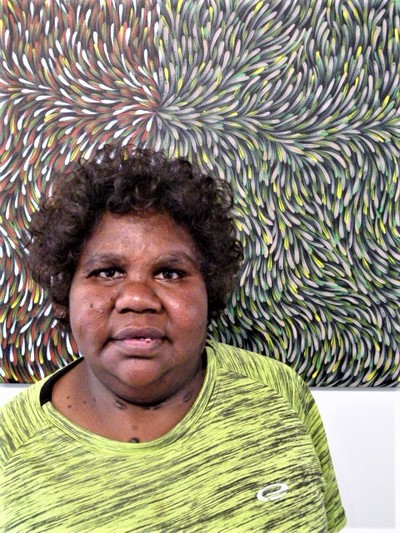 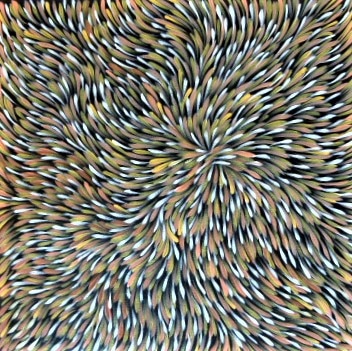 Esther is a very talented, up and coming artist.  She comes from a long line of talented Utopian artists including her aunt, Kathleen Petyarre, cousin, Gracie Pwerle Morton and her grandmother Gloria Petyarre who passed on the stories of Bush Medicine.

Esther’s work has been greatly influenced by her ‘Nanna’ Gloria and she has eye for detail and beautiful use of colour in her paintings.  Her main style is Bush Medicine Leaf.