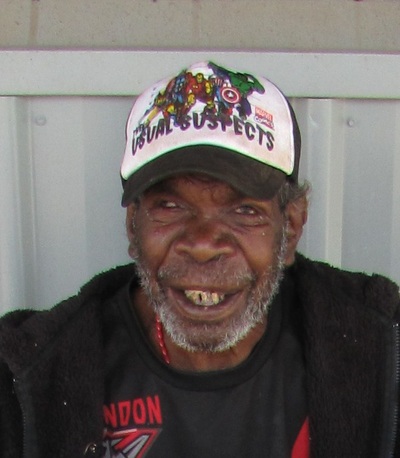 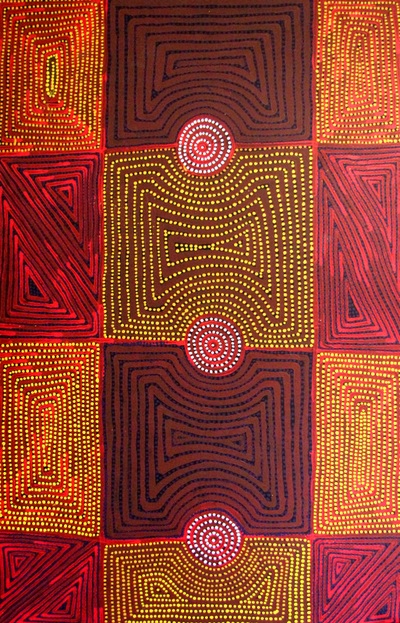 He is the son of George Tjangala and Pantjiya Nungurrayi who are also artists.  Raymond started painting in the early 1990s.

His art is Emu Dreaming, showing Emu moving from East to West through his country.